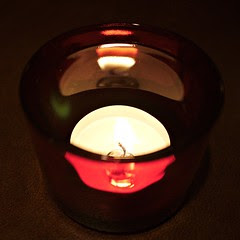 We normally go out somewhere to eat for each others birthdays. We thought we might revisit a good French restaurant in Kobe we really liked last time, but it burned down to the ground just a few weeks ago.

So we've decided to do a single dinner for both our birthdays sometime early summer instead — we can choose a higher class place than we normally do, or do an overnight ryokan stay in Kyoto and make it a real mini vacation.

We'll see. But for now then, a happy birthday!

Just the briefest of posts: Read this comic right now. I love it.

The JLPT results are in, and I didn't pass. But it was close — 94/180 points, just six points from the passing score of 100. I had very nearly the same score on all sections so I'm not particularly lacking in any one area. With proper test preparation I would likely have passed it. So, beginning in April or thereabouts I will temporarily shift my studies towards the JLPT and then take the test either in July or in December.

It's not important for me to pass level 1, but it'd be nice to have it done with, and having my Japanese documented could come in handy some day. It's morning and people are assembling at the test site in Osaka university. 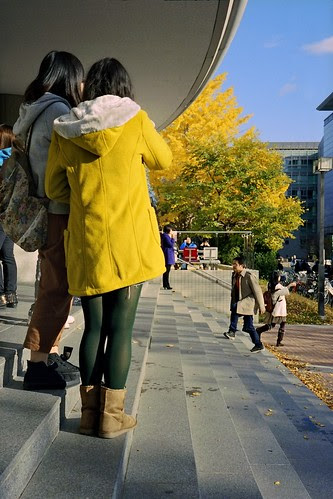 Halfway break, and people are discussing the test so far. 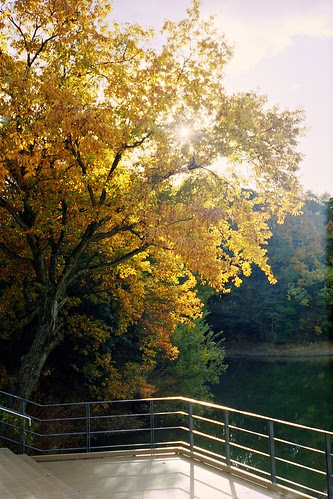 Email ThisBlogThis!Share to TwitterShare to FacebookShare to Pinterest
Labels: JLPT

We saw Nakajima Miyukis musical "2/2" this weekend. Nakajima Miyuki is a very popular Japanese singer and composer with a long career. Every few years she skips her usual concert tour and sets up a musical of sorts instead. They run in smaller venues and later in the evening to cater for a more grown-up audience. This was apparently the third time she did "2/2", with new music numbers and tweaked story.

The story itself is simple: girl meets boy; girl flees to Vietnam after nervous breakdown and gets hit by a bus; boy searches for girl and finds out she is actually a twin whose sister died at birth and now haunts her to avenge her death; everybody assembles in dingy Vietnamese hotel for epic showdown, explanatory songs, forgiveness all around and a happy ending.

The music is excellent; she has a powerful voice and the songs are really well written. I may have to get the album. Cool sets, competent performers and they made good use of stage magic for things like a spooky mirror and to have Nakajima seemingly in two places at once on stage, playing both herself and her dead twin sister. "Very kabuki" as Ritsuko put it. The very final epilogue scene was a little much but an excellent evening all around.

There's no video on Youtube from the "2/2" musical or most of her famous numbers but here is a video of another of her songs:

I met Lassie
— Drip Of Death!

There's an expression in Swedish translated as "I met Lassie"; it signifies an accidental and somewhat pointless encounter with the rich and famous. Can be things like seeing a political pundit in the supermarket line, having a c-level celebrity ask you for directions, or that sort of thing. Perhaps "A brush with fame" has similar connotations.

A couple of years ago, on my way to work, I spotted a small lizard on the walkway by the Kita-Ikoma train station. I was trying to take a picture of it (I failed) when an older, affable man on the way to the station stopped to look. We got to talking; he's a doctor at a clinic in Osaka and lives in Kita-Ikoma so he commutes the opposite way from me. Since then we often greet each other when we meet in the morning, exchange brief pleasantries, complain about the weather and so on. Seems like a fun guy.

So this morning he waves at me as we meet and pulls out a book: 死の点滴 — "Drip Of Death" — a harrowing mystery of poisonings, murder and hospital intrigue. A mystery that, it turns out, he wrote. And it has now been filmed as an episode for Fuji TV's weekly drama and mystery series, to be broadcast on the 17th of this very month.

Now, I'm sure it's not an immortal classic or anything (what, the title doesn't give that away?) but it's not everyday your random commuter acquaintance turns out to be a published author as well.

I've been posting very rarely lately; I apologize for that. Got a dozen half-written posts that I never found the energy to finish. I've mostly neglected the books I'm in the middle of reading and I haven't baked anything for the past couple of months. Haven't taken much interest in photography either, lately. This listlessness will eventually pass, though, and I will pick up this blog and my other interests again.

But I haven't been completely inactive. Here's some winter shots of Osaka, using the new Kodak Portra 400 film and the Rollei 35. It's been a grey, depressing and bone-achingly chilly winter. This week has been worse than most. But perhaps the spring is no longer so far off. 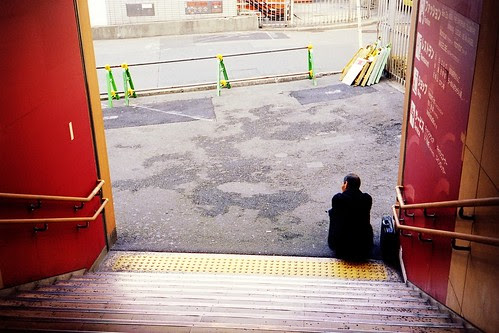 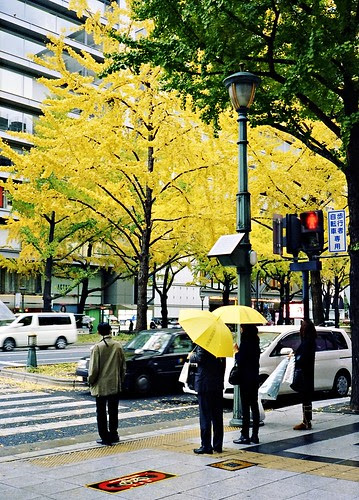 Yellow Gingko leaves along Midōsuji boulevard. Beautiful in a way, but wet and chilly. 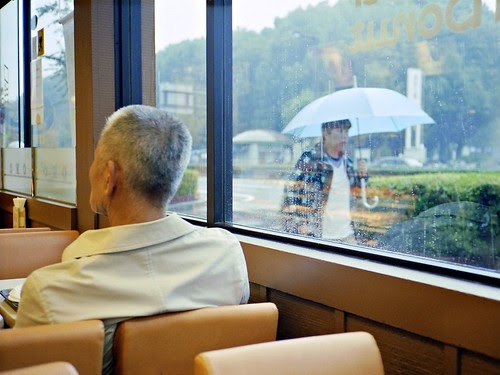 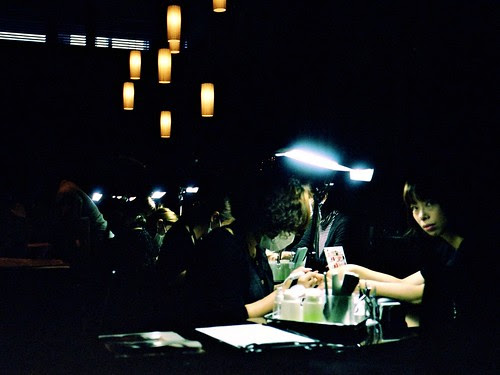 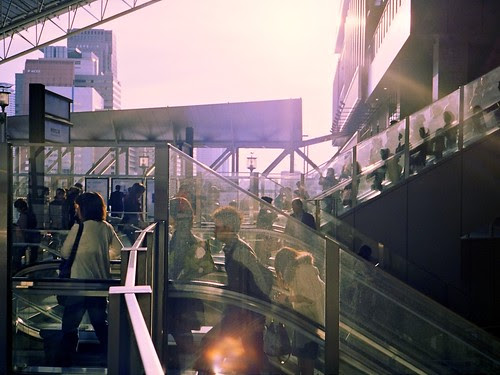 JR Umeda station. The sun and the warmth will return. 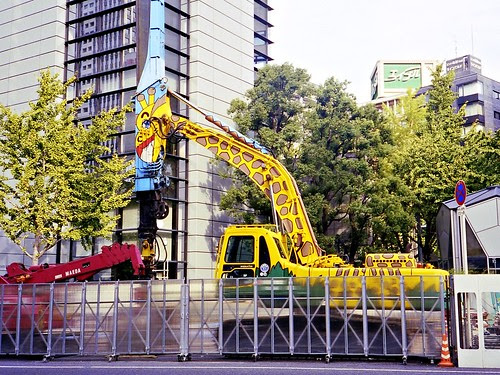 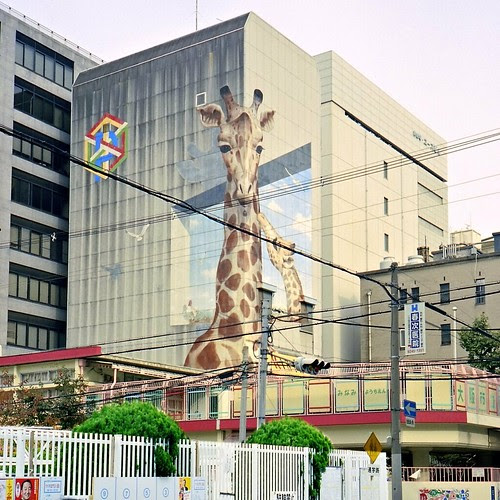