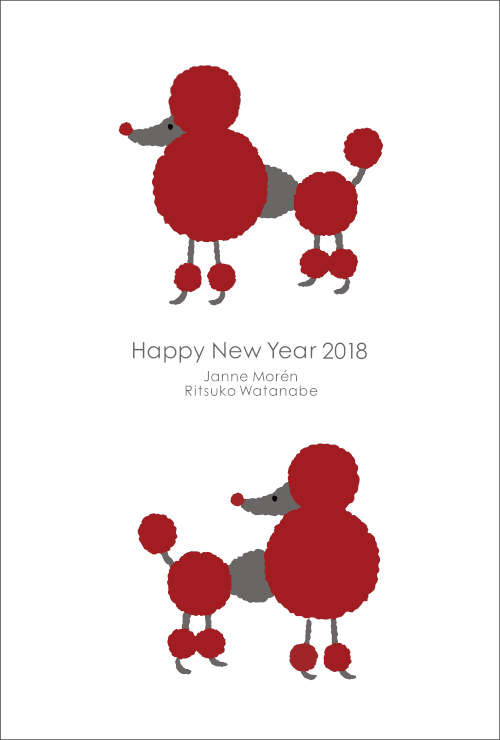 The Year of the Dog.

It's New Year, and we're spending it is Osaka. That means I've got access to a real internet connection again for a change. What better time to post about our summer vacation?

OIST has a 7-day summer leave that we can/must take in August or September. That's also the peak tourist season on Okinawa, so we decided to escape the crowded beaches for the streets and high-rises of illustrious Singapore.


This was the first time in Singapore for me, and I didn't really know what to expect. Everybody keeps saying that the food is great but the city itself isn't too exciting. We mostly travel for the food anyway, so we figured it was worth a shot.

We had to go there on a roundabout route: Naha to Osaka, then another 7 hour flight from Osaka to Singapore. It's _really_ roundabout; we passed right over Okinawa and Naha again two hours into the second flight. Fortunately Jetstar (an LCC) have now started direct flights between Naha and Singapore, so it'll be much easier next time we go.


Singapore is about half the size of Okinawa island; that's small of course, but still a lot bigger than I thought. I'd somehow assumed that Singapore was just a city state, but there's clearly (a bit) more to it than that. It is completely dominated by the city, though, and we didn't see any other part of the country.

Singapore has a lot of manufacturing industries, one of the largest seaports in the world, and is one of the major financial centers. Over 25% of the population are immigrants, ranging from Malaysians cleaning hotel rooms to expat European bankers. It is also the richest city on the planet. This means a lot of in-your-face conspicuous consumption. It gets a little silly at times.

Corporate towers and high-end apartment complexes have (very visible) flourishes such as roof-top gardens, light shows and terraces. Expensive cars are _everywhere._ Some people desperate for attention resort to painting their million-dollar Ferraris and Lamborghinis in loud colours and patterns just to stand out from the crowd.

Cars, by the way, cost 3-5 times more than in Japan, and you need to bid for one of a limited total number of permits. Singapore also has excellent public transport, with a dense network of subways, buses and local trains. And if you live in the city itself, you are apparently only allowed to drive every other day, so you can't even rely on your car for your daily transportation. Unless you're driving in from outside the city, a personal car is really a pure status symbol.

Salary levels are high, but so are living costs. I may be wrong, but I get the impression that "keeping up" with other people by having the right car, home, schools and so on is very important here.

We largely spent our time around the city center, walking or taking the subway to the different areas. There's an enormous variety of very good food for any budget level here. Singapore is mostly ethnically Chinese but there are sizeable Indian, Arab and Malay minorities, and they each leave strong impressions on the culture and foods in the city.

We spent a few days around Little India and Arab Street, where we had Indian and Arab food. Unsurprisingly, the most fun is the cheaper eateries where the focus is on the food itself rather than class and ambiance.

Wherever we go, we try to find the time for a cooking class. It's a fun way to spend a morning, and a good way to learn a little more about the local food traditions. More often than not we also come away with a recipe or two we put into rotation at home.


My biggest disappointment was electronics. I'd hoped that, as one of the major electronics manufacturing and trading centers, I'd be able to find fun offbeat stuff and cheap devices. But overall, things such as laptops, computer parts and circuit boards were actually more expensive in Singapore than in Osaka or Tokyo; and the parts stores had nothing I couldn't just as easily find at home.

The city itself is beautiful and colourful, but, well, bland. It's organized and regulated to within an inch of its life. This is really the first Asian city to make Japanese society feel excitingly spontaneous and unpredictable by comparison. It's the kind of place where warning signs have warning signs. I won't say it's downright boring, but I don't feel very compelled to take pictures when even the street views seem carefully preplanned and designed.


Is it worth going? If you like food, then yes, absolutely. The reputation as a food center is well deserved. If you expect an exotic experience or an Asian atmosphere you may be disappointed. And if you like shopping you'll just find the same brands, at the same prices, as absolutely everywhere in the world. But we like food, and for that we will certainly return.

The Holidays Are Upon Us

Winter holidays! I'd say Christmas, but it was 26 degrees and sunny this weekend. Mangrove and coral reefs are not conducive to a proper Christmas mood.

We're spending New Year in Osaka again this year. Will be great to revisit our favourite eating places in Osaka and Kobe, do some shopping and just generally wander about. Naha and Okinawa is very nice, but it feels good to spend some time in a big city now and again.

Meanwhile, here are some random Tokyo pictures. I spent a couple of days there earlier this autumn for some work-related training. Brought a film camera (my flawed-but-beautiful Rollei 35S) and a roll of BW film. This really is one of my favourite set-ups.

So it's decided: fiber installation — including drilling holes into the building elevator shaft — will happen January 22nd.

On one hand: Yay! On the other: another month without fixed-line internet. Oh well; my brother suggests viewing it as a form of detox. And maybe he's right - if I can't be without all-I-can-eat high-speed internet, then perhaps it's good for me to be without for a while.


Meanwhile, let's talk about cars. Or more accurately, commuting in cars, and making that time if not fun then at least bearable. Your options for entertainment is frankly pretty limited when you're supposed to be driving. Can't read, can't sleep, can't practice the ukulele.

But you can listen to things. And what I listen to is podcasts. Bespoke radio programs, usually on very well defined subjects. So I thought I'd introduce my favourite podcasts here, then ask you for any good ones I should know about. I haven't, for instance, managed to find any Japanese-language podcasts that I find interesting; if you know of one, let me know.


There you have it: a list of podcasts well worth listening to. I do subscribe to a fair number of other podcasts but the rest are too uneven for me to recommend outright. I've also tried and rejected any number of others.

You can find all these from their homepage, or from an aggregator such as gPodder, iTUnes, Player.fm and, lately, Spotify. They'll have links to feeds that you can put in a podcast app or RSS reader. You'll then be able to list, download and queue episodes right in the app, and you'll get notified of new episodes automagically.

If you have any tips for other high-quality podcasts, please let me know.

We've had our new apartment for two months now, and lived there for one, all without internet. We could get some kind of connection pretty fast (through the cable-tv company for instance), but we really want a real fiber connection. The problem is that it's on the 11th floor of an old, complicated building with mostly offices, not apartments, so actually running cable through all of it is very non-trivial.

An NTT tech came by a few weeks ago and did a thorough examination of the different possible routes. The old cable canals are long since overfull with stuff, but he determined they could run the fiber through the elevator shaft. Problem is, they'd need to drill a hole from the shaft into our apartment, and that would of course need approval from building management, and approval would be all but certain.

But a couple of days ago we got the go-ahead from the building manager. So we will get fiber at home again after all! Now, the fiber installation people are heavily booked, so we won't see them before New Year, and I suspect it may not happen until February. We're looking at another couple of months without a real internet connection.

Meanwhile, we've managed to sort of find solutions. Our mobile data plans are basically a 3GB data allotment each month, with unused data rolling over to the next. But even without the high-speed connection enabled we have an unlimited use of a really slow 128kbit/s connection. And I can of course tether my laptop to the phone, and get connected that way.

128k is not fast. But it is surprisingly useful. Forget any kind of video, music and most image-related stuff. But if you stick with mostly text, and you carefully block ads, then a lot of the web is useable.

Email and chat works fine; google, most news sites, Stackoverflow and the like are all about as smooth as ever. Reddit is fine on the desktop, but the mobile app is not (crappy app). Voice-only hangouts work fine - voice audio compresses really well. SSH access to remote machines is no problem, and git could probably use smoke signals if you let it.

On the other hand: no YouTube, no Spotify, no video clips or images from family or posting my own images online, no online gaming. Searching for recipes, how-tos and that sort of thing is hopeless as that's all going to heavy websites with lots of images and video. Can't do remote backups or transfer significant data.

So yes, I miss my high-speed connection, and I eagerly await its return. But meanwhile, it turns out we're not quite so disconnected as I thought we'd be.