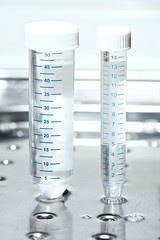 It's ten years to the day since I defended my thesis and could call myself a researcher. You do research well before you get your doctorate of course, but this is the "driving license" of science that qualifies you for research jobs, apply for funding in your own name and all the rest.

Science is an apprentice system. Your Ph.D. is your apprenticeship, followed by a post-doc in a different place for a few years to make connections and work independently. After which you get a "tenure track" (to take the US term) job that eventually leads to a full-time position as a lecturer or even a tenured professor or PI.

But there are far more qualified people today than there are positions. That two-year post-doc can now be a decade or more of temporary research jobs. The vast majority of PhD:s will never get a full-time position anywhere. Of course, not everybody enjoys teaching, and a tenured research position is a high-stress job similar to starting, funding and running your own research company. Most young researchers eventually leave for a career in industry or government.

I've had six jobs at four places1 so far, and there is no full-time position in sight. I'm pretty gruntled2 though, and the situation is a deliberate choice on our part. I have neither the interest nor capability to become a PI, and I lack the teaching experience and the Japanese I'd need to be a lecturer. Instead we figure I'll continue to work on research projects for as long as it is fun and as long as I can find new projects to join.

Once I no longer want or can find new research jobs I'll look for something else. But until then I'm quite happy doing what I do, and I hope I'll be able to for the next ten years as well.

#1 Administrative shuffling has given me a different employer or title a couple of times, even as the actual project has stayed the same.
#2 That is, not disgruntled. It should be a word.
at 14:58 4 comments:

I've had one of my busier working weeks ever, as our current project gradually winds down. Did finally get some decent data, so pictures from Hakodate will appear sooner or later, I promise.

Meanwhile, I can happily note that temperatures are finally down to 30° around here, and life starts to feel bearable again. From next week I may bring only one spare T-shirt to work again instead of two. ^_^ Fall is my favourite season and I very much look forward to it.

Sense of Direction, Sense of Place


We got back from Hakodate last week. I'm still dealing with the pictures I took so a post about it will have to wait a while; in short it was fun, the food was great, but the weather too hot.

Meanwhile, something odd happened to me on the subway this morning: I suddenly, without warning, lost my sense of direction and my sense of place.

It was a temporary thing and I'm fine again. I knew where I was — on the subway, standing at Tanimachi 4-chome station, on the way to work. But I suddenly didn't feel where anything else was.

We're constantly moving in an invisible location field of our own making. Face a direction and you just know what landmarks are located that way. And when you recall a particular place in the area — home, a nearby train station, the NAIST cafeteria — you'll intuit the direction and distance without thinking; I experience it almost as if a heat lamp is shining on my face from the right direction. That's how you can walk towards a place without a map and without having to explicitly plan your route every step of the way.

This sense of place suddenly disappeared. I didn't forget anything and I wasn't confused, but I could no longer say what direction I was facing or which direction the train would be moving. I could no longer tell the direction to common landmarks such as home, the previous station or Osaka castle. In fact, I could no longer say anything about what lay beyond my line of sight without explicitly digging through my memories. I could tell what the street above the station looks like only by a conscious effort to recall the stairwell beyond the ticket gate, then follow it in my mind up to the street level.

The feeling wasn't scary, just, well, …odd; similar to a feeling of deja vu, perhaps. I realized we see everything in relation to our location, but now I was experiencing the station, the train and myself without the context of place. It felt liberating in a way, as if I was seeing it all clearer and more objectively without the added clutter of other things in the area. It would be severely debilitating — not to mention frightening — to lose this sense of place permanently, but as a temporary effect it was quite interesting.

The doors closed, the train started moving again, and gradually my sense of place returned. By the time we reached the next station it was fully back and only the odd memory of it remained. Why did it happen? No idea; it's the first time. It's listed as one effect of dementia, but the described symptoms differ from my experience. I put it down simply to stress and lack of sleep.