Nankinmachi is the Chinatown in Kobe. Long ago the area housed Chinese merchants come to Japan to trade, just like the European merchants clustered in their mansions up towards the mountainside. Those European villas are now Western-style restaurants and wedding chapels, and similarly, Nankinmachi is now home to a busy Chinese-themed shopping and restaurant area. It's not very big (nothing like its counterpart in Yokohama) but there's still plenty of restaurants, ramen joints, street stalls, food speciality stores and the inevitable piles of souvenirs and other trinkets. The area is normally packed, with long lines for the most popular places. 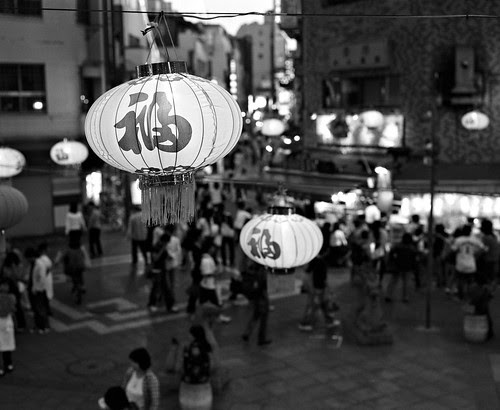 Nankinmachi. The square, with its lanterns. 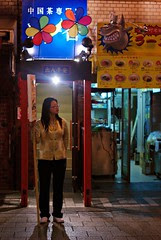 However, for the past month or so Kobe has been the unwitting host to the Japanese swine flu outbreak. Kobe lost a lot of visitors and Nankinmachi was all but deserted as tours, school excursions and business travelers all canceled or postponed their visits. A number of businesses simply closed for a week or more. Some places take the opportunity to clean up or renovate; one restaurant has apparently taken the entire staff on a job-training and education trip.

But now the uncertainty and hysteria is passing and people are finding their way back. Two weeks ago there was still few people about and our favourite Indian restaurant had far fewer customers than usual but at least shops and restaurants were mostly open again and few people bothered with masks any longer. We realized, then, that we had a golden opportunity to go eat dinner in Nankinmachi without having to stand in line and jostle the crowds. Said and done, we went back to Kobe again the last weekend, to eat Chinese rather than Indian for once. 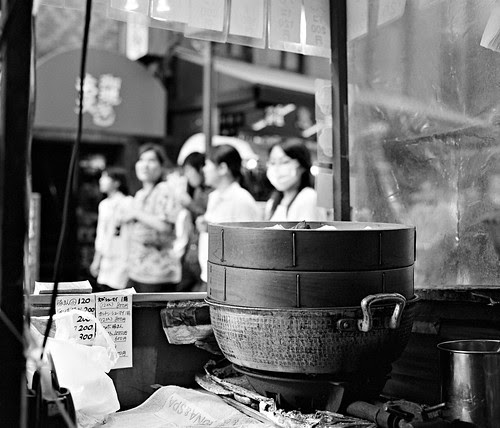 While there's still a lot fewer people around than usual it's clear we weren't the only ones with that idea in mind. The lines were back for the most popular ramen and butaman joints, and while we didn't have to wait, the restaurant we picked was seating almost every table. If you have similar plans it's probably a good idea to go soon; at this rate the area will be back to its normal crowded self within a few more weeks.

Nankinmachi is a touristy place, and we've kind of avoided eating there because of the crowds and a perception of high prices and indifferent food. That perception turned out, at least in our case, to be completely false. We ate at a restaurant right on the square called Toeishuke, and it was delicious (the chicken in lemon sauce could have used a bit more bite, but the rest was great). The dishes were large, with three dishes plenty for two people, and the whole meal was surprisingly inexpensive. We're certain to go back again, and soon. The whole set of pictures are available here. 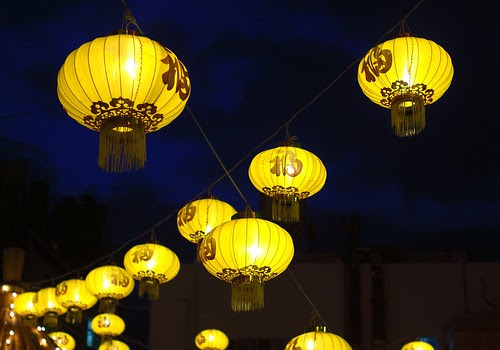