The Golden Week holidays are over. It mostly rained away this year but that's no big problem for us; we're not really outdoorsy people anyway. We did go out a bit, to meet a couple of fun relatives and friends for Thai food near Tennōji in south Osaka. We also went to Kobe of course, but not to eat Indian food; there's a German wine importer and restaurant up towards the mountain side and we thought we'd get lunch there. Unfortunately we managed to hit the busiest time of the holidays and the place was already packed. We gave up and had lunch at a small Turkish restaurant right next to the Kobe mosque instead. Next time we'll book a table. The pictures below, by the way, really look better big; click on them for the larger version. 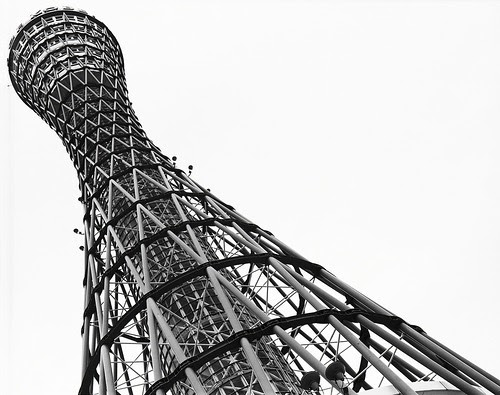 The Kobe Port Tower. Not the most original of images, but it is a landmark, and I hadn't tried this kind of approach before. 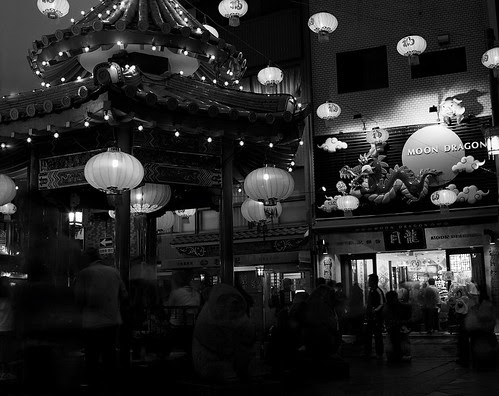 Nankinmachi, or Kobe Chinatown. About 8 second exposure (Acros 100 is very good with long exposures). It's a fun area but it's always so crowded we never actually eat here. 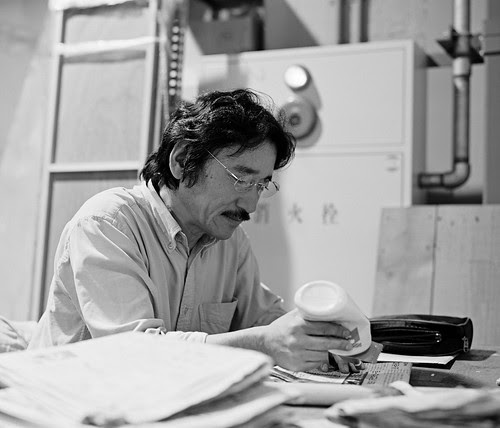 A former warehouse in Kobe harbour called TENxTEN houses a sort of arts and crafts exhibit where Kobe artists and craftsmen display their work, but also sometimes actually work there one or two days a week. There weren't many people around - it's not exactly well-published and the website is really ununformative - but it was fun to take a look.

Yuki Junzo shown here is a sculptural artist that was working on creating fake rusted steel plate from newspapers as we showed up. He is a fun guy and really enthusiastic about explaining how he works and what he does. Apparently he also has a few pieces on display at the museum in Nagai park, south Osaka; I have my Japanese lessons just around the corner from the park so we'll probably drop in tomorrow after lunch.

I was using iso 100 film at the time and the studio space was really dim so I needed a 1 second exposure for this scene, which is really too long for shooting people. Fortunately, when you ask Mr. Junzo to please sit still he doesn't kid around - it's one second, and still he's tack sharp, with not a hint of movement. Sometimes you're just really lucky.

We both spent time studying - Ritsuko worked on her english and swedish while I caught up on some grammar homework, and I'm making another concerted effort at the kanji. I baked some sourdough bread and we both spent some time walking around Osaka, both around Namba where we live and in Umeda. 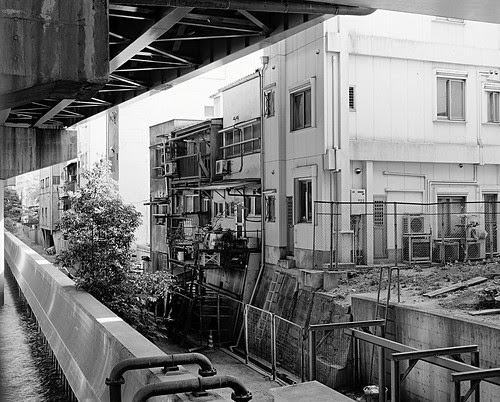 Houses along Yokobori canal around the corner from our building. Not exactly a pastoral scene perhaps, but a lot more interesting than some random bit of nature I think.

Over the holiday I tried out Fuji Acros 100 film with the Pentax. Great detail, fine grain and easy to scan and postprocess, but iso 100 is really too slow for handheld use. At iso 100, anything darker than sunlight benefits from a tripod, and dusk or indoor shots absolutely demand it. The pictures here are from that roll. At Yodobashi Camera they now have Kodak Ektar 100 in 120 format. Ektar is a new color negative film that has gotten great acclaim for the color and fine grain; it was only 35mm at first but got so popular they recently released it in medium format as well. I've bought a box and I'm currently shooting a roll of it just to see what the hype is all about. 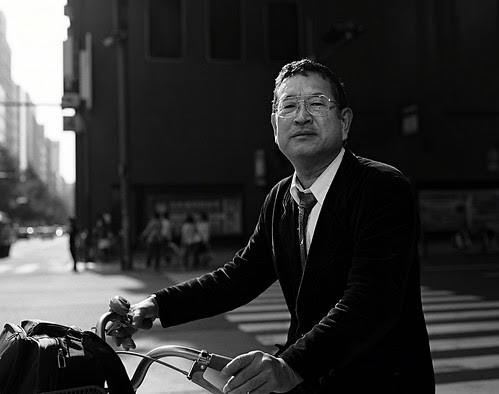 A salaryman on his way on the only beautiful day of Golden Week. He wasn't actually this glum; he'd been smiling at the sun along with everybody else but composed himself into this serious businesslike demeanor for the picture. This was the only picture I could take handheld on the entire roll.
at 12:56