We had a research symposium at OIST in Okinawa a few weeks ago (yes, I know; I've been a bit under the weather). It's the first time to Okinawa for me, but it was one night only, with both a public symposium as well as internal planning meetings for the project. The schedule was completely packed, in other words, so I've mostly seen the (very nice) conference place and the airport. Just as well, as the weather was uncooperative, with rain and heavy clouds. Not much in the way of pictures. 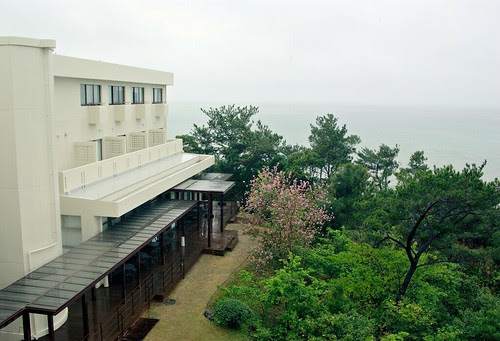 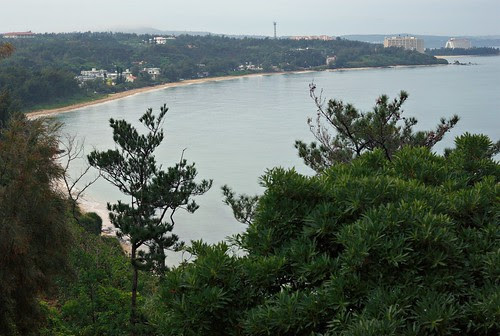 The OIST Seaside House is a confrence annex to the university, and located right on the shore. Large, fresh conference spaces, rooms for conference attendees and spectacular views both from the conference halls and the sleeping quarters. On the other hand, it is out in the middle of nowhere, and with rather bad public communications so unless you have a car you're not really able to go anywhere. Still, the beach probably makes up for it.

The sea was spectacular, the beaches (what little I saw) beautiful. The food was, well, underwhelming. Few people single out Okinawan food as a particular highlight, and I kind of understand why. It reminds me a little bit of traditional Swedish food in a way, with heavy fried and boiled food with lots of fatty pork. I really like noodle dishes so of course I tried Okinawa style noodles. Twice, in fact, as I wasn't sure the first time was representative. Unfortunately, it was. Limp, thin udon-like noodles in a nondescript soup, with lumps of fried pork - light on the meat and heavy on fat and cartilage - as the main garnish. Edible, but nothing I'd want to try a third time if given the choice. 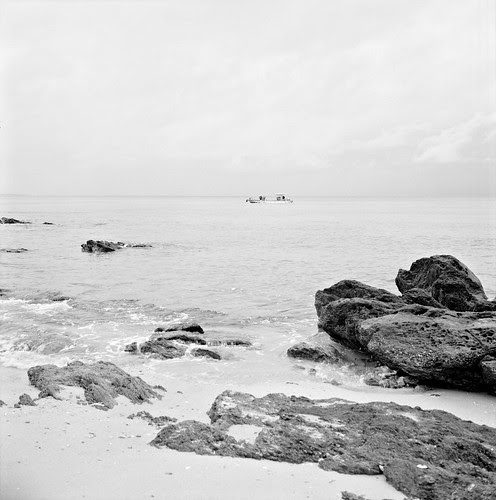 I managed to get down to the beach for twenty minutes or so in the morning before breakfast. The rain let up a bit, but it was still rather gray and downbeat weather. The coast is still absolutely beautiful, though.

Still, there's more to a place than the food (yes, really), and from the glimpses I saw I would very much like to visit again sometime. Take a couple of days off with Ritsuko just for sightseeing would be great. 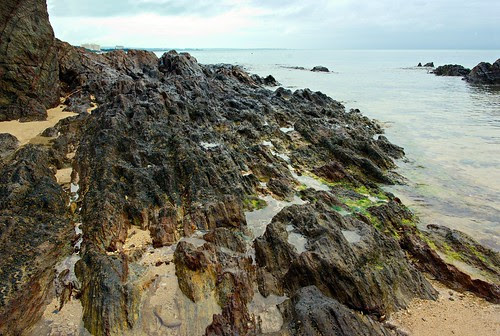 The beach really is very beautiful. The diving is apparently spectacular too, according to a friend of Ritsuko's who goes here every year. Maybe next time.
at 11:28