A bit of good news from Sweden 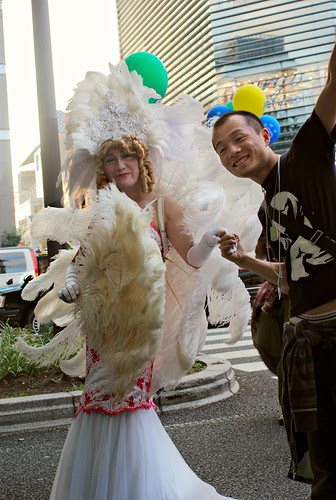 In a happy bit of news, the Swedish parliament have just overwhelmingly (261 out of 349 in favor, with only 22 against) voted to extend marriage to same-sex couples. Notably, every party but the Christian Democrats (never saw that one coming, did you?) - from the Conservatives to the Communists - were in favor and with just smattering of members from the conservative end dissenting. A sex-neutral partnership law has existed for a number of years already, and public opinion has been solidly in favor of extending all the rights of marriage to same-sex couples for a long time. In the end, the debate had been reduced to whether it would be called "marriage" or something else. I'm happy to say that it is "marriage" and nothing else no matter what the gender distribution of the couple.

There is one thing they missed, I think, that the Japanese system gets right: Marriage in the legal sense should only be a legal contract between two individuals, and not have any religious or other ceremonial connection. When I and Ritsuko got married we went down to the ward office, turned in an application and documents of eligibility, and that was it. No ceremony - civil or religious - necessary. The current Swedish system is an awkward hybrid where the state has granted the power to marry to various religious organizations, along with people eligible to perform nonreligious marriages. That nonreligious marriage is still a ceremony of sorts, though, with witnesses and all. There's ongoing legal friction as to whether somebody invested with a power of civil authority can legally refuse marriages they do not accept for religious or other reasons.

Better to have a completely clean break: Legal marriage as a a strictly legal procedure, then let churches have their ceremonies for whomever they want, in whatever way they desire. As a bonus you no longer need to wrestle with who should be allowed to marry people - this religion is OK, that cult is not; that sort of thing. I'm willing to bet, though, that this will change eventually too.
at 12:41