Borlänge is an industrial town (steel mill and paper mill) just along the border notionally dividing southern and northern Sweden. Along with the physical border it also straddles the line between urban and rural, and not entirely happily so in my opinion; of course, my opinion is colored by having spent my school years there and not particularly fitting in. The town of about 50000 people is large enough to have a serious shopping mall, but too small for the city center to survive in competition with it. Enough people that you don't know everybody around you, but not enough to support any unusual interests or sports. If you want to play in a rock band you're golden; if you want to play in a symphony orchestra, not so much. 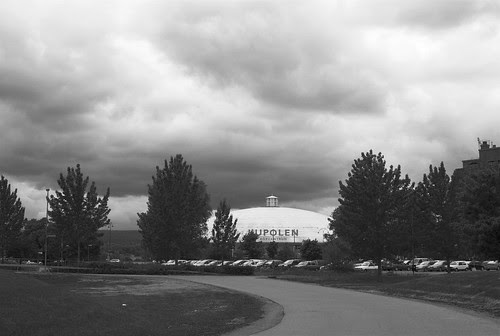 We went this year to celebrate Midsummer with my parents and siblings (and our new nephew Aiden), and to have everybody who haven't met each other do so. This area of the country really is at its best in early summer, with long, dim evenings and the smell of new growth in the air. And we did have fun - lots of people to meet and great weather. As ususal, seeing things through Ritsuko's eyes made everything sort of new and interesting again. A few pictures below; more at the Flickr set. Basically no people pictures as I don't want put up pictures of people I know without explicit permission. 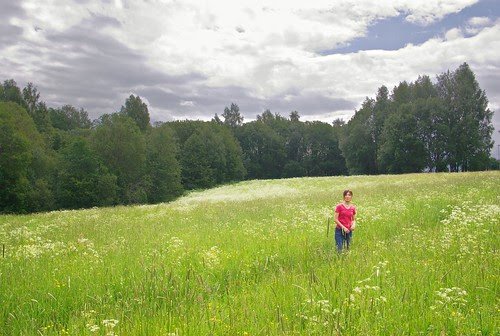 For all of the negatives of the place, there's good aspects to Borlänge as well. Like having meadows and forests right by your front door. 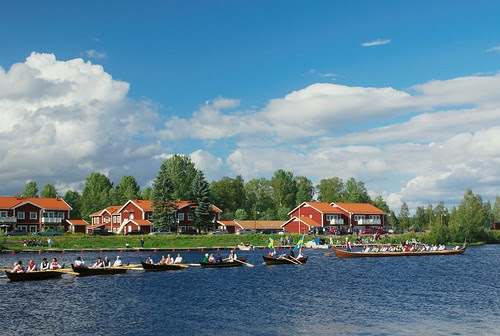 Midsummer is a big holiday, and especially in this area of the country. In Torsång, a traditional rowing event is held every year where people dressed in traditional garb row to church and the (very non-Christian) Midsummer celebration. 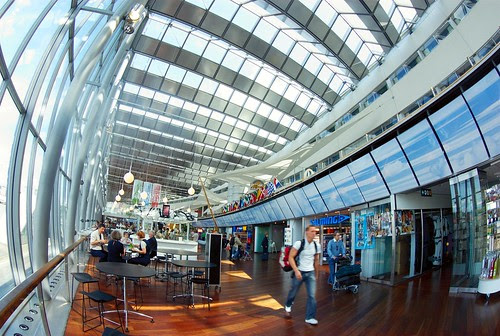 Borlänge was the last stop on our journey. A couple of days later we returned home from Borlänge via Arlanda airport (seen here) and Helsinki - a breezy 22 hours door to door.
at 23:04