We went to see an Art Aquarium exhibition at Daimaru North in Shinsaibashi over the weekend. It's a live exhibition of goldfish breeds and creative aquarium designs. It may sound a bit pedestrian, but it was really cool — and really popular; there was a line to get inside, and the place was jammed with people.

Photography is explicitly allowed as long as you don't use flash or a tripod. Turns out, though, that it's quite difficult; it's very dark, and all aquariums are lit by constantly shifting coloured lights, so exposure becomes pure guesswork. There were several types of goldfish on exhibition, many with rather bizarre appearances. Turns out this is a thing; people breed them for specific colours and shapes as a hobby, just like we do with dogs. 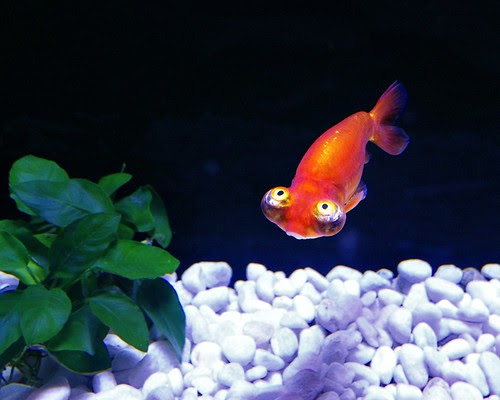 Puppy-eyes. I believe upturned eyes aren't that rare among shallow-water fish, so it's perhaps no surprise that goldfish can be bred to have them too. 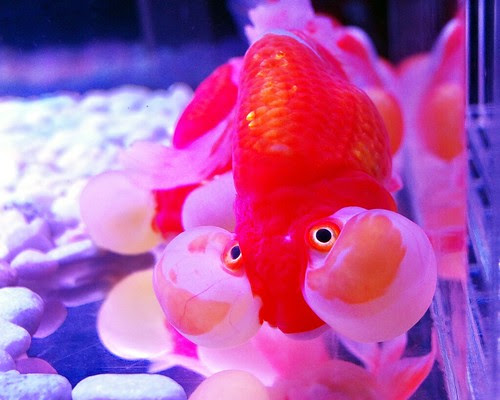 Many breeds had this kind of large puffy folds around the eyes. 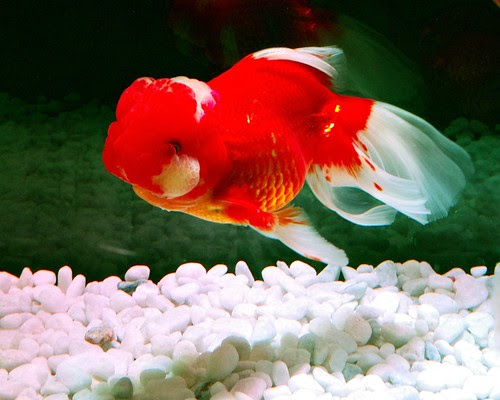 The art aquariums are surprisingly cool; installations rather than static objects, with pulsing lights and loud music. Not something you'd keep at home or anything, but a fun experience to see. The exhibition runs until end of January, so if you're in Osaka it's well worth taking a look. 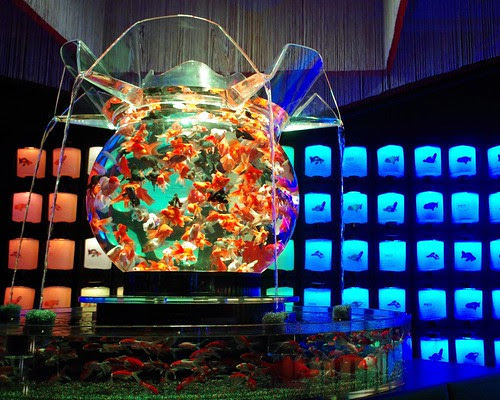 Oiran. About a thousand fish in total, and apparently inspired by Edo-era red-light districts. Which, believe it or not, doesn't seem so far-fetched once you read the artists' explanation. 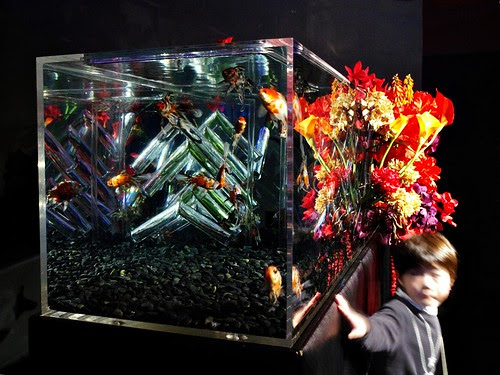 Ikebana aquarium. The flower-pot 'tubes' stick right into the aquarium. 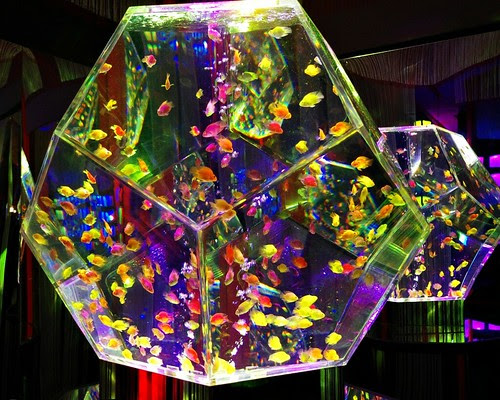 
If you're in Osaka over the New Year and looking for something to do then this is worth a visit. Just be prepared for plenty of other people with the same idea.