Our neighbourhood bar, Neat & Grog, is no more. Haru, owner for the past 24 years, decided to call it a day this summer. He closed about two weeks ago, and as of the 1st of August the place has been completely cleaned out. 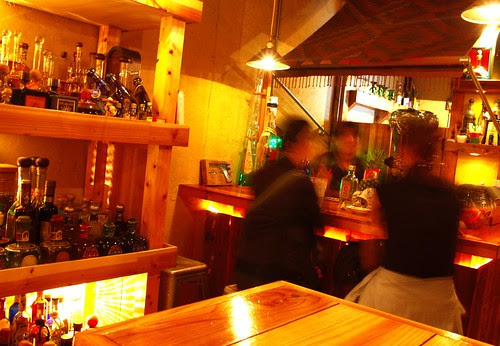 He had a number of reasons to close the bar but the main one was that, well, he's been there for 24 years and he was getting tired of it. The area has changed over time and he was feeling out of place. When he started, the area mostly attracted salarymen and office workers. Customers tended to be well dressed adults, and the area reflected that. Today it's become much more youth-oriented, with clubs and hip second-hand clothing shops. He and most of his regulars - like us - are in their 40s and 50s, while most people in the area are in their 20s. 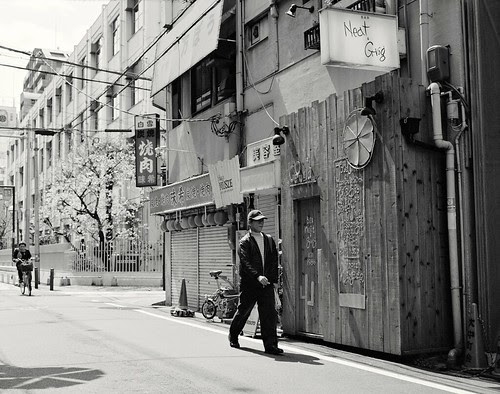 He's also picked up a new interest: farming. For the past few years he's rented a plot of land outside Osaka, and spent much of his free time growing rice, vegetables and soybeans. So he and his wife (who hails from rural Kansai) want to move out of Osaka city and into the near countryside. They'll do some farming, and he wants to open some kind of pub there as well. If they're going to move eventually, they want to do so before they get too old. 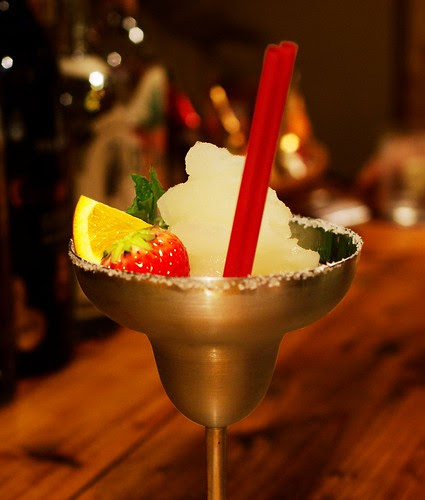 For our part we're a bit lost right now. A bar is a second livingroom of sorts, and a way to keep in touch with people. The owner of a diner across the street was also a sometime visitor, and last weekend I stopped by with a friend for lunch. It turned out that half of the regulars have been stopping by the same diner, as if they'd been drawn to the area only to remember that the bar is closed. If we feel lost we're not the only ones. 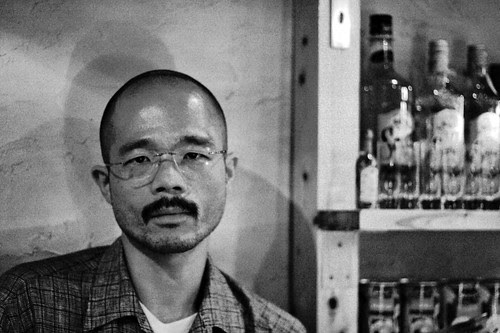 Takeda-san, one of the regulars. 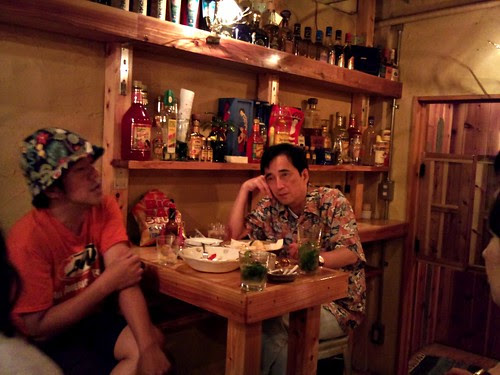 Another couple of regulars, during the last few days. 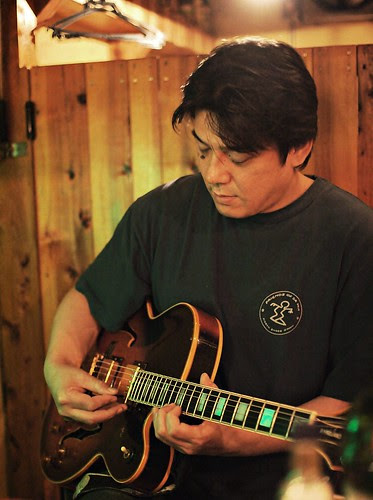 Email ThisBlogThis!Share to TwitterShare to FacebookShare to Pinterest
Labels: bar