Akashi is a town west of Kobe along the Seto inland sea cost. We went there a week ago, on the first day of high summer when the rainy season had just been declared over. 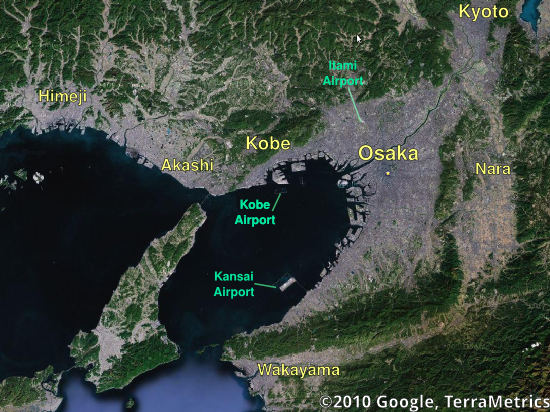 Akashi is a separate town, of course, with a population of around 300 000. But the whole coast, from Manaitashi mountain south of Kansai airport up to Himeji in the west, really is all one urban settlement. It's only the street-signs that tell you when you leave one town and enter another.

Like many smaller cities, Akashi has no reason to be world famous or even to be widely known. That doesn't mean there's no reason to visit. It is a fishing port, so there's plenty of good seafood, and especially eel and octopus. We had eel for lunch; next time I'll have to try the Akashiyaki, takoyaki with a dipping soup. Another speciality worth checking out is Ikanago, tiny dried fish marinated in soy sauce to use as a rice topping. Delicious. 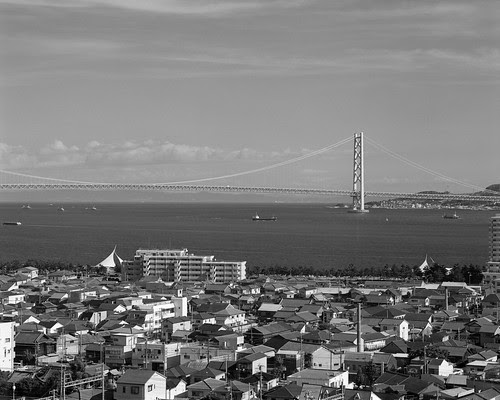 The Akashi Strait Bridge to Awaji island, then on to Shikoku. The bridge itself is on the Kobe side of the border, despite the name. 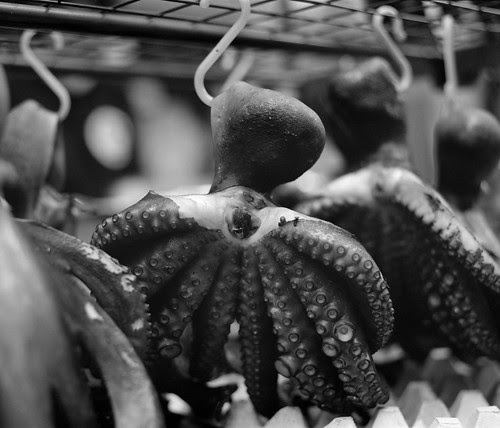 Grilled octopuses for sale along Sakana no Tana, a shopping street with lots of fish and other foods. 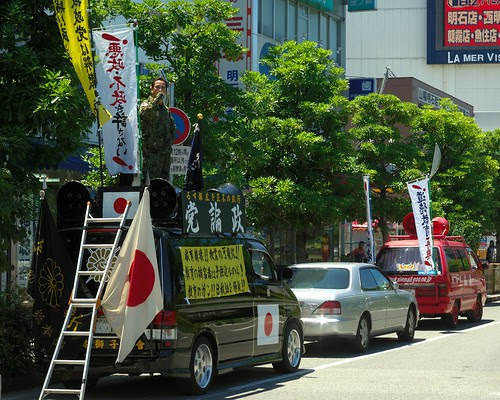 Not specific to Akashi of course, but there was a right-winger truck parked by the train station, and this guy was on the roof giving a speech. This is fairly unusual; they normally just blare some taped message mixed with martial music while they drive around. The glaring absence of crowds jostling to hear him - or of even one single person but me giving him a second look - may point to a reason they don't. Having just a single foreigner giving him attention can't have done much for his self esteem; he obligingly turned toward me for the picture, though. 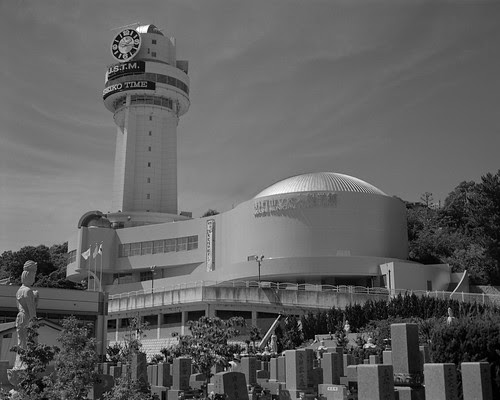 Akashi stands right on the 135th meridian, from which Japan counts its standard time. The city has a quite good planetarium on the meridian with a small but fun clock- and astronomy-related museum, and a good view of the city and the strait from the view atop the tower. There is also a small observatory at the top, but it is only occasionally open to the public, and was closed when we came by. 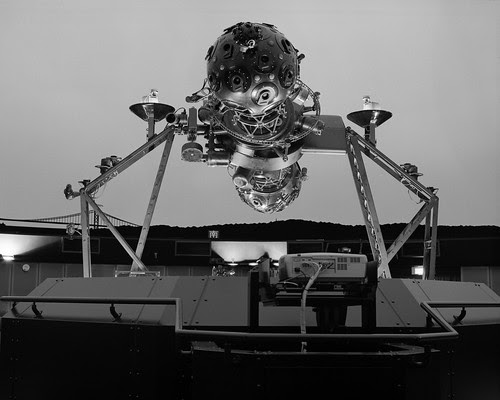 The main point of the planetarium is of course the planetarium itself. This is the projector, the oldest still in use in Japan. I have to say, I am deeply, deeply impressed by the mechanical design - and yes, I would love to have one, even if it meant having to move in order to find a place for it. A big thanks to the curator who graciously let me take this shot. Here's a larger version of the image (you can always find the large version if you click through the images here)
at 21:21