Sunday. I still had white veiling glare and halos the morning after surgery, though they had become thinner and less pronounced. My left eye had cleared up well over night and I no longer had much double vision or blur; meanwhile, the right eye had gotten a bit worse than the day before. 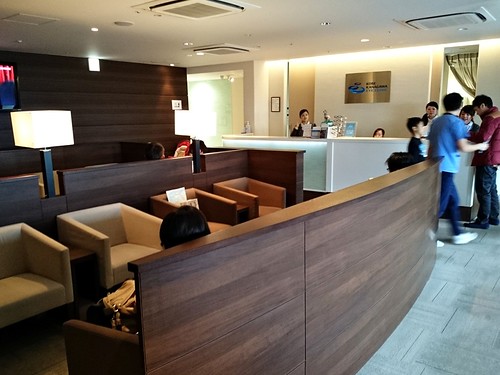 Kobe Kanagawa Clinic in Umeda.
I had surgery at the main clinic in Kobe, but I had the day-after checkup at the clinic in Umeda. By the time we got there, both eyes were getting worse again. Fluctuations, we have them. I had 0.8 and 0.9 visual acuity; good but not great(1). Of course, I had 0.06 and 0.08 before LASIK so the improvement was already like night and day.

I had "bandage" contact lenses after the surgery to protect the corneal flaps. I got the right lens removed, but the physician thought it best to keep the left contact lens for a few more days. I got cleared to wash my face and hair again, and that's a great relief. It's amazing how much your scalp can itch when you know you can't wash your hair. 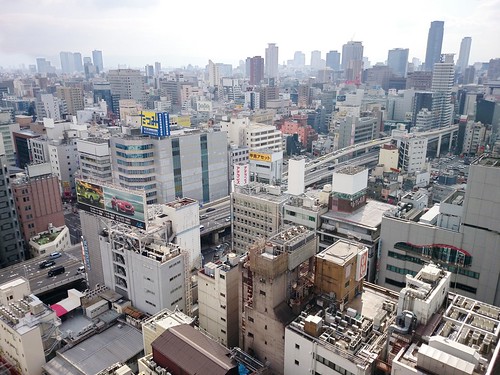 A view from the clinic.
Tuesday. Today I had a quick appointment to check my left eye. It's healing nicely so the contact was removed. I also had a new vision test, and I now have 1.5 in my left eye and 2.0 (!) in my right. I suspect that's a fluke; my vision is still fluctuating, and we might have just caught the right eye at one extreme. Anything from 1.2 upwards will make me happy.

When I wore glasses I used to have some haloing, glare, double vision and starbursts at night. If I wore contacts it was much worse. All I have now are large, faint, soft halos around light sources that are easy to ignore, and that should mostly disappear as my eyes heal. My night vision is already much better than when I wore glasses, and I expect it to improve further still. It is absolutely no problem for me in other words.


I do still have a bit of ghosting in my left eye. The cause could be inflammation, dryness, the still-healing flap or aftereffects from the contact lens, in which case it'll go away. Or it could be residual astigmatism, in which case it won't. It's nothing like my previous astigmatism, and not really noticeable unless I look for it. Still, I hope it will disappear over time. 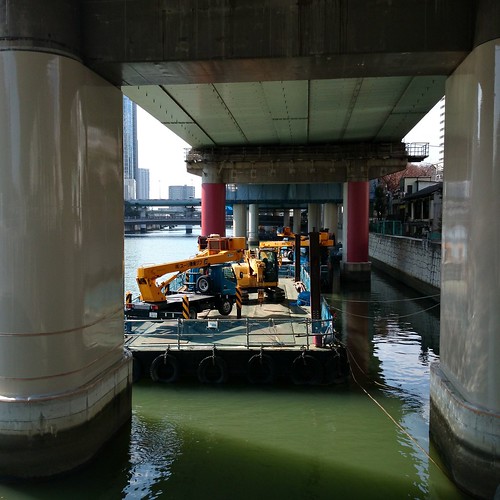 Maintenance work on the elevated highways around Nakanoshima.
I'll have the one-week appointment on Friday, then another one a month from now. I'll use the protective glasses and the three eye drops the rest of the week, then switch to just a mild anti-inflammatory agent for a week after that.

Apparently I shouldn't swim, use a sauna or visit an onsen for two weeks; that's fine. I also can't use eye-lash extensions or do violent sports for at least a month; I'll do my best to contain my disappointment.