Haven't posted many pictures lately. What can I say; scanning and processing takes time and I haven't been happy with my results lately. See if things improve going forward. Of course, anything becomes a chore this time of the year. It's 37° in Osaka today (which means it's over 40° locally where we live), and worse, nighttime temperatures never drop below 27°. Even sleeping is difficult, as you choose between stifling heat or clammy, miserable air conditioning. 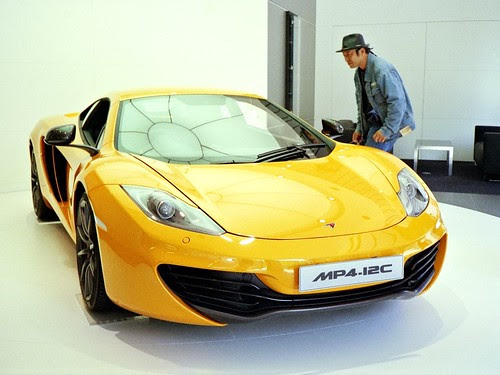 McLaren is not just a formula 1 racing team; they apparently make sports cars as well. Or perhaps it's the other way around. Anyway, they've opened a showroom not far from where we live (and just a block or so from the new Ferrari showroom — is there one-upmanship going on?), and they allow photography in the shop as well.

A car like this — I could never afford to buy one. I don't have a license to drive it if I did. And I wouldn't have anywhere to drive it to its potential if I had one. My guess is, few of these cars sold in Osaka will ever go much faster than 100km/h or so in their entire lifetimes. They'll spend most of their life occasionally cruising down Midōsuji on sunny weekends. Many owners would probably be just as happy with an electric motor in the car, coupled with a good sound system to play V-12 engine sounds. Or happier; it'd be lighter, more reliable and get better red-light acceleration. 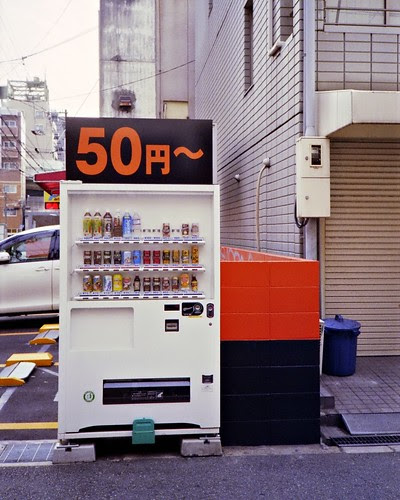 50 yen for a can of coffee. Deflation in action. 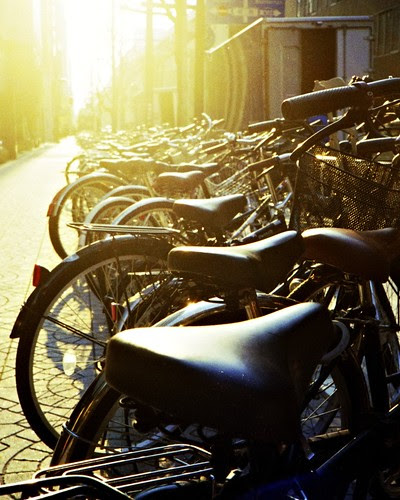 Instagram is a site and app that does "film shots" using phone cameras. I gave this shot an instagram-like treatment, just for fun. All shots in this post is from the same roll of cheap film and shot with an old, unserviced film camera; note how much violence I had to do to this particular real film picture to mimic the fake "film" effect of Instagram... 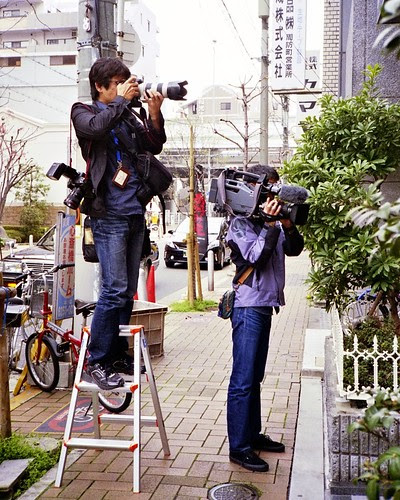 An incident in Shimanouchi, Osaka, and a gaggle (rabble? swarm? flight?) of journalists and television crews descended on the area. As always, stepladders were much in evidence. 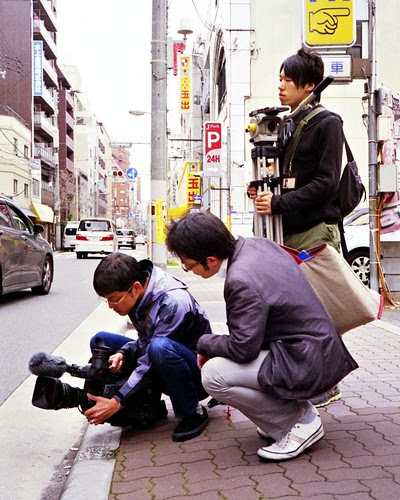 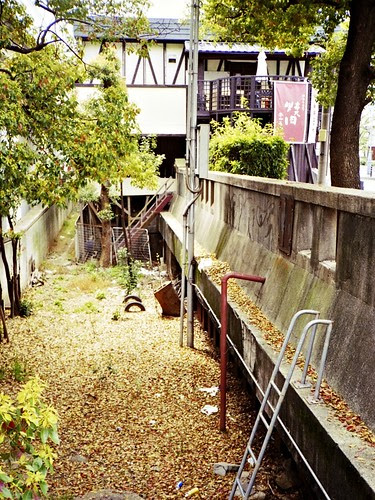 The canals in Osaka are generally not directly accessible. Only building owners and maintenance crews can get to the narrow strips of land between buildings and the canal itself. It's a shame; a canal promenade could be pretty pleasant in spring and autumn. Less so in mid-summer of course, when the canals turn rather fragrant. 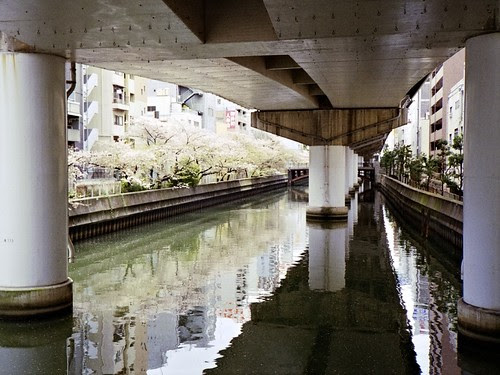