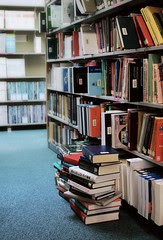 What is that proper way? There's many descriptions out there, focusing on philosophical or practical aspects. But the gist really is that you find answers to questions without getting fooled — fooled by bad data, fooled by badly posed questions or fooled by your own biases and expectations. It boils down to making sure that your results are real, not an artefact of noisy data or influenced by what you wish were true.

But farms are big and badgers are small. Stopping them altogether is difficult and expensive. It would be great if you could use simple ways to just keep badgers out of the cattle feed storage, where the risk of spreading infection is greatest. But you also want to know what happens if you do that. Say that you stop badgers from getting into the feed but the badgers simply spend more time where the cows sleep instead, then you may have gained nothing.
The authors set up surveillance cameras on a number of farms. For a whole year they simply recorded the number of badger visits to various areas on the farms. Then they picked farms with badger visits (not all of them had a badger problem) and divided them into three groups: One got badger barriers around the cattle feed area; one around the sleeping area and one got both. Spend another year recording (and analysing all those those hours of recording must have been painful for some poor graduate student) then analyse the results.