We had sunday off, and went on a group excursion to Churaumi aquarium north of here. I haven't been to many such places, but I have a hard time believing there are many others as impressive as this one. We had two hours and that was not nearly enough. Four hours would have been much better, and I could happily spend a whole day there given the chance. 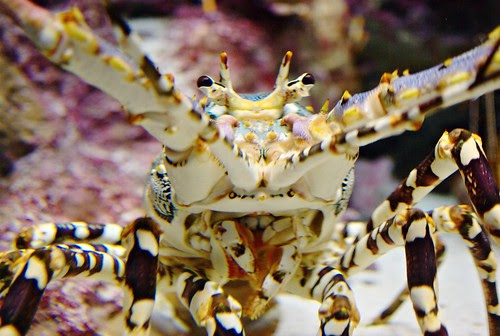 There are many, many small tanks throughout the aquarium, with sea-living insects, amphibians, coral reefs and, as here, crabs. Photography is explicitly allowed as long as you don't block access for other people, but of course, you're shooting through thick acrylic glass and the tanks are generally not well lit so getting a good, well-focused image is a challenge. 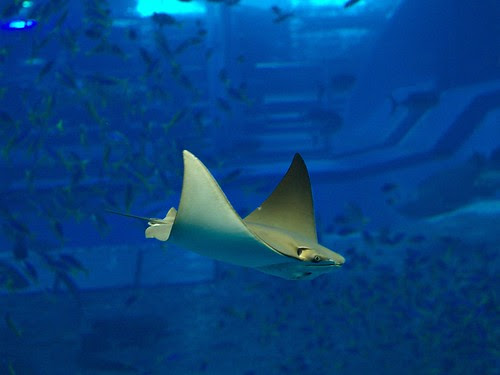 A ray at the large sea tank. 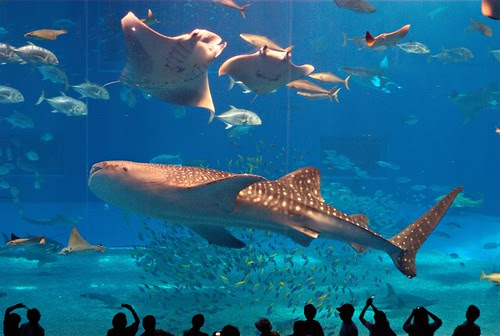 The large shark tank is ridiculously large; I didn't bring a wide enough lens to actually show the entire wall. There's space enough for a couple of whale shark in addition to all the normal-sized sharks, rays and various fish. 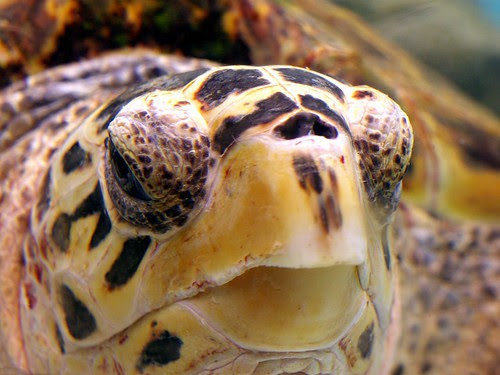 There's a small sea turtle exhibition off away from the main building. Not as well presented, I think, but it does give you a fairly good look.
at 20:41