Son of Return of Revenge of the JLPT1

The Japanese Language Proficiency test results are in, and as expected I failed. Like last year, and like the year before that. 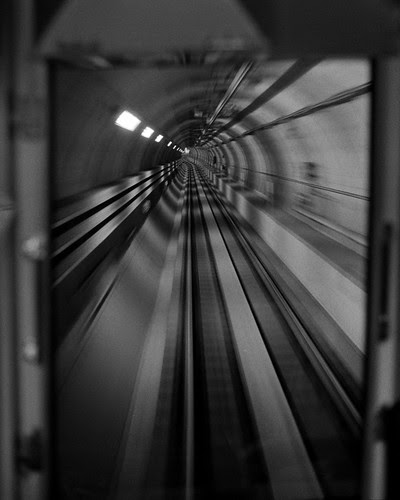 The test was on the eastern side of Osaka, so I got to go on the Imazato subway line for the first time. It's the newest line in Osaka, and like the Tsurumi-Ryoukushi line it's a linear motor system. The center line on the tracks here is effectively the stator while the train itself is the rotor in a flattened-out electric motor. Look at it go - Wheeee!!!

I didn't study at all for the test, and I didn't aim to pass it in the first place. Like those previous years, I took level 1 as a practice test. This year was the first time with the new scoring system1 which makes it difficult to compare with previous years. I do intend to try for real next year - but then, I said the same thing last year and ended up with no time to do so. 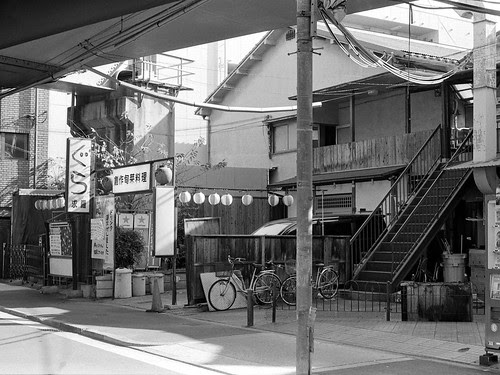 Higashi Osaka has a town-y feel to it. It's the kind of place where events seem to pass it by without ever really affecting it. This is a restaurant under the Shinkansen tracks that pass through the city.

I did so-so. Not good - I didn't pass after all - but not a complete disaster either. You have three sections nowadays, with a maximum of 60 points for each. You need to get at least 19 points in each section, and 100 (out of 180) in total to pass. I got 21/60 for vocabulary and grammar; 31/60 for reading and 26/60 for listening. I passed the section minimums, but I would have needed 33-34 points in each section to pass overall. The tests are really not comparable any more but that said, two years ago my score was only 61% of the passing score, last year was 70%, and this year was 78%. If the trend holds I'll pass the test in 2013. 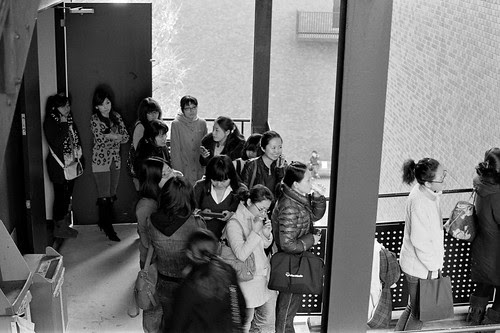 The test was at the University of Economics. Large crowds and breaks at about the same time for everyone mean long lines to the bathrooms for the female test takers.

My strong point is reading. It keeps improving and it's now on par with my listening; I guess reading the Asahi Shimbun on the train every morning really helps.

Grammar - well, I suck at that. It's not just Japanese - I suck at English and Swedish grammar too, and I've yet to grasp simple things such as the difference between adverbs and adjectives. Sure, I'll keep struggling through grammar exercise books but really, it doesn't really seem to improve my understanding. I eventually mastered English grammar simply by reading and hearing enough of it to internalize the correct patterns. I suspect the same thing will eventually happen with Japanese too. 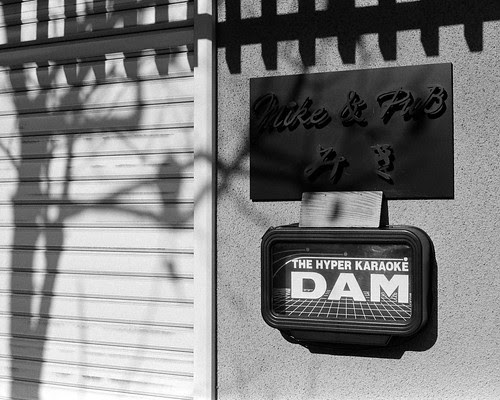 I love this retro-futuristic karaoke-sign in Higashi Osaka. Who wouldn't want to experience Hyper-Karaoke at least once in their life?

#1 The points are no longer directly connected to the number of correct answers. The new test uses something called Item Response Theory to score the test.

Then you look at all the questions each individual test taker got right or wrong, and you determine statistically which score would be most likely to give this pattern of results. That score is the score you get on the test.

Why do it this way? It's more reliable. Your score will be the same whether you get an easy test or a difficult one, and you can even compare your score with other tests as long as the other tests use the same scoring system.
at 10:22