Twitter is a Conversation
- That's Why I Gave Up on It

Cool people use twitter nowadays. I don't like to feel uncool more than anyone else1, so I made myself a twitter account some time ago. After a brief trial I gave up and I no longer use it. 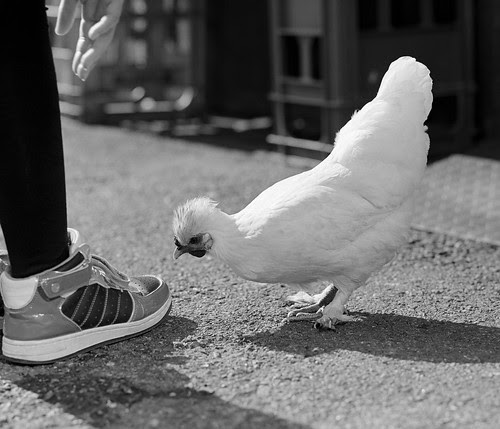 I'd mostly forgotten about the whole thing, but I stumbled onto a post about how people who give up on twitter have misunderstood the point. Now, the author is the kind of person who feels that a brief text of 300 words and no pictures is best shown as an embedded Flash applet2 so you'd normally just shrug and ignore him, but he does have a point I want to bring up: Twitter is a conversation. And that, I realized, was the very reason I gave up on it.

What happens when you join is, you start following people. People you know, mostly, online or off. And they talk. And they talk. In brief sentences. All the time. Any one person isn't saying all that much, but follow a dozen people and you get a never-ending stream of brief, disjointed comments strobing across your screen.

You're in a large group of people at a party where everyone sits together but they're no longer all talking about the same thing. A couple of people are talking about work over there; another few discuss politics over here. Someone explains how to make the perfect Chicken Balti while another gets advice on stain removal. Many of them talk to people over the phone as well, so you only hear one side of the conversation.

Great at a party I guess. Not so great when it happens on my computer while at work. When I log in to twitter I invite that group to hang around right next to my desk and loudly chatter away. I lose my concentration and can't focus on my job. So I shut it down for most of my day. But this is real-time conversation; when I log back in I drop right into the middle of dozens of ongoing discussions (or monologues, more often than not), with no good way to catch up. I read "Just make sure it's covered with the oil", and I have no idea if it's a curry recipe, removing ketchup stains, car maintenance or sexual advice. 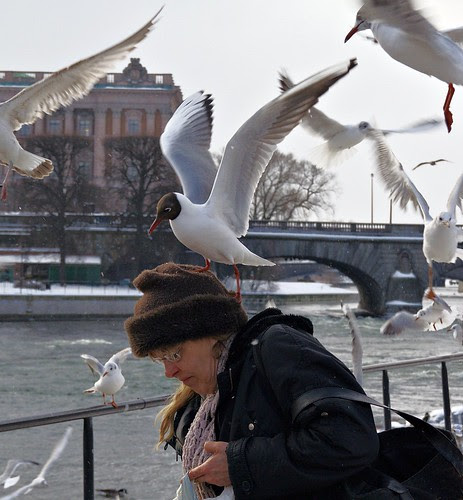 Twitter is brief, free-form, informal, real-time and conversational, and that's exactly why I don't use it. "brief, free-form and informal" really is just saying that it lacks structure. Structure may be constricting and free-form liberating, but structure is actually important for readers to understand what you're saying.

A typical newspaper article follows a specific structure, and as a result we can skim a newspaper extremely effectively. We can read just the headline for the subject, then jump right to the specific details we're interested in. The article structure - and our experience with it - tells us exactly where to find it. Bloggy short-form essays like this one has a well-defined structure too, and scientific papers take structure to an extreme, all to make life easier for the reader3. Twitter streams lack this structure and become hard to follow, especially when you don't follow the thread from the beginning.

The real-time, conversational nature makes it worse. There's no recaps or summaries, no longer, coherent arguments and no background, so catching up becomes all the more difficult. And when you follow several people - and when they talk with several others in turn - a number of disjointed conversations get all jumbled together in a single stream4. You have to continuously follow the chatter to keep track or you'll start from zero all over again whenever you log in.

Twitter isn't the only "conversation tool" out there of course. Most of our communication tools are about conversation. Chat, SMS, twitter, email, online forums, IRC, blogs, multiplayer games, research publications - they're all about people talking to each other, and they all offer some unique combination of speed, reach and longevity.

Chat and SMS have a nearly real-time communication cycle - on the order of seconds - tailored for transient one-to-one conversation. Twitter is just as fast and ephemeral but good for mass communication. Research papers and books are also one-to-many, but very permanent and with a cycle measured in months and years. I guess the classical handwritten long-form letter would qualify as the quintessential one-to-one slow cycle medium. Email is the most long-lived and important electronic communications form we have, and for good reason. It's so very flexible: email supports a communication cycle from minutes up to days or weeks; supports both extremely short and and very long-form messages; it does one-to-one but also group communication; and it lends itself very well to long-term information storage.

Twitter isn't bad. It sits at a particular spot - a combination of speed, longevity and brevity - that proves to be very popular for a lot of people. But no medium is for everybody, and its combination of features just doesn't work well for me. 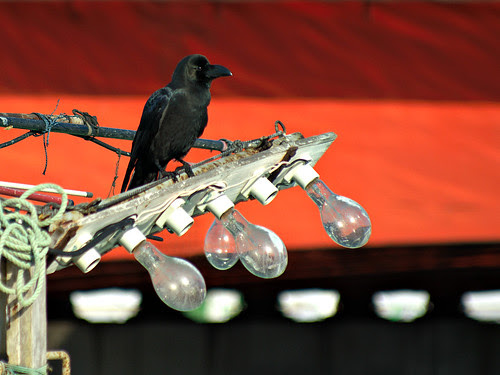 --
#1 You might argue that particular train left the station many years ago. I would not disagree.

#2 You would have thought an "information professional" working for libraries would have the minimal sense not to exclude disabled visitors or visitors using devices without flash, especially when there's nothing to gain. Could he be one of those people who write all their emails as embedded Word-files, just so they can choose their own typeface?

#3 Research papers aren't exactly known to be easy to read, but they are - if you're in the target audience. They are written for a very specific reader: busy scientists that work in the same field and get inundated with new papers every week. They need to quickly and accurately see what the paper is about and determine if the information is useful and relevant for them.

Reading a research paper is a skill; a skill you need to learn and to practice. Once you do know how, you can skim dozens of papers in very little time, and be confident you didn't miss anything relevant. If you don't know how, and you have no background in the field, they can be incomprehensible. Which is OK - you don't learn about a scientific field by reading research papers, any more than you learn how to drive a car by reading manufacturer-issued vehicle maintenance manuals.