It's April, which in Japan means the start of the real new year in many ways. The fiscal year starts now for most companies, tax returns are due, the new school year starts now for everyone from kindergarten to university, and most new company employees will start their jobs now. On a more personal note there's been a fair amount of work-related turmoil lately, but on the positive side I submitted a conference paper today - always a good way to kick off a new year.

Overall, I like the idea of having the new year in April rather than January; it fits well with the general feeling of spring, rebirth and new beginnings this season always carries with it (along with the rainshowers, cold snaps and high winds of course - but I digress). We picked Tsukushi a week or so ago (post about that later), and the cherry blossoms have just appeared in Osaka, so we'll go to Osaka castle for Hanami this weekend, weather permitting. Good time to be alive. 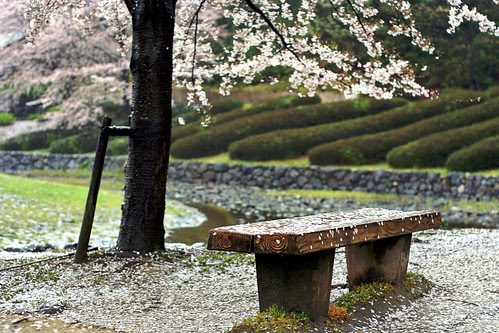