Yes, Golden Week is soon upon us. The time of year when Japanese workers escape the stress of work with the stress of endless traffic jams and packed trains. We're taking a few days off early to beat the crowds, so tomorrow morning we'll be on our way to Ho Chi Minh city in Vietnam. To nobody's surprise we'll mostly spend our time eating, buying foods, and walking between places to eat. We'll probably take a cooking class as well, though we don't yet know where. 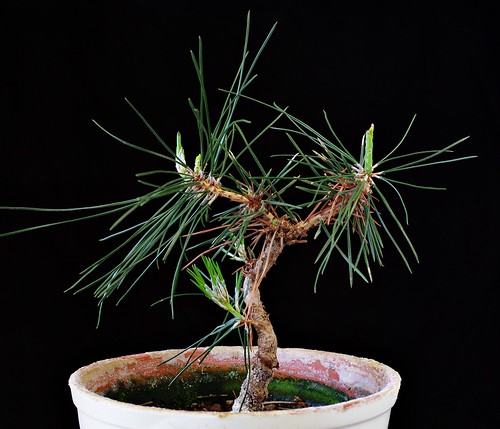 My bonsai is alive, and possibly even healthy, one year on. I call it "bonsai" because it's a small tree, it's in a pot and it's alive; that seems to cover most definitions. From the looks of it I suspect that were it a human it would have a spinal problem, work in an ominous basement lab and say "Yeth, mathter" a lot. Anyway, it survived its first year, so now I have to figure out how to start shaping it into an actual bonsai plant. 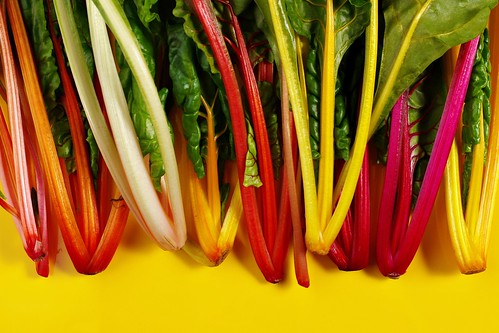 Swiss chard is surprisingly photogenic. And it tastes very good; just separate leaves and stems, fry the stems in butter for 20 seconds, then add the leaves and fry a few seconds until they almost start to wilt. Black pepper and a dash of either soy sauce or ponzu and you're done. This, by the way, is my new desktop wallpaper.

And some recent pictures: 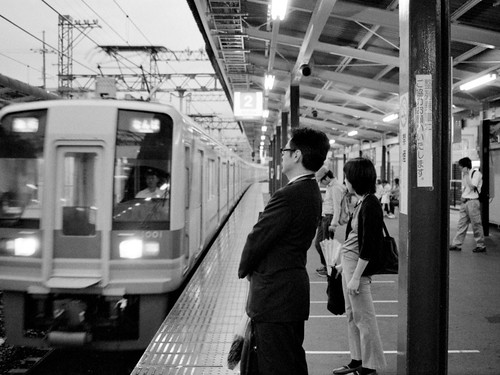 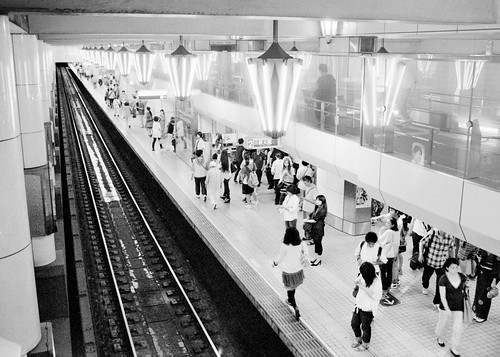 Tennoji Midosuji line subway station. This, on the other hand, is one of the larger stations in central Osaka. It still has the insanely cool ceiling lights specific to the Midosuji line; unfortunately it seems they're being removed in Umeda as part of a platform renovation, and I suspect the same thing will happen on other stations along the line. 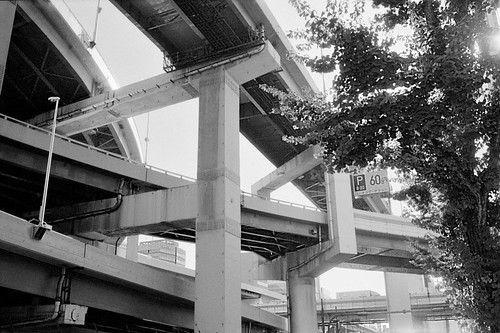 The elevated highway crossing in Honmachi, Osaka. I actually like this; I'm happy all that traffic up there isn't happening down on street level, and I approve in general of anything that brings us closer to the Blade Runner/William Gibson aesthetic.
at 10:43