The Pupillary Light Reflex and Your Attention 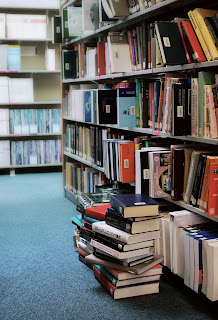 The pupillary light response is the reflex that contracts the pupil in bright light to let less light in, and relaxes (opens) it in darkness. It's exactly like the aperture on a camera, and one of the ways we adapt our eyes to very different light levels. Just like a camera aperture, by the way, the pupil size also changes the depth of field. That's one reason it's much harder to read in dim light than in bright light when you are middle aged and have presbyopia.

The thing about the light response is that it's completely automatic. A circuit senses the amount of light coming in, and if it's way bright it contracts the pupil a bit; if it's really dark it relaxes it. Separately, the pupils can also actively dilate when you get excited; you see something (or someone...) that really interests you, the pupils will react along with your blood pressure, sweat glands and so on. But that's independent of the light level.


What these papers show is that the light level-adaptation is not quite as independent and automatic as we thought. The amount of dilation depends not just on the overall light level, or the light at the point of focus, or even the amount of light we believe is coming in (rather than the amount that is actually coming in), but also on the brightness of the area you're mentally attending to.

Let's say you keep your eyes fixed on one spot. But your attention wanders across the scene. If you attend a bright area — a shining lamp, say — then your pupils will contract a bit, even though the amount of light coming in the eyes doesn't change. And if you then attend to a spot in deep shadow, the pupils will relax to let more light in.

This makes sense of course. You want the spot you're attending to to be clearly visible; not too bright and not too dark. So the pupils should adapt to that area specifically, not just to the whole scene on average.


The first paper shows that the response is stronger with larger differences in luminance. So attending to a a brighter target will constrict the pupil more. Darker targets did not dilate more, though, and it's not clear to me why.

The second paper uses a cueing experiment to show that the amount of constriction is connected to the reaction speed when the cue appears. This probably implies that the constriction also shows how strongly you're attending to the target, as well as the target brightness itself.

In other words, our pupils react to what we're actually attending to; and to how strongly we attend to it.


This is interesting all by itself, but as the second paper points out, this could potentially be useful for tracking covert attention, along with the overt attention we get with eye trackers. A whole generation of experimental psychology theses are waiting to be written using this!